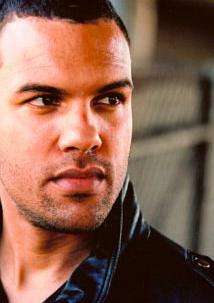 O·T·法格本，Named one of backstage magazines 30 actors to watch, this year O-T Fagbenle has gone on to be cast as series regular Luke, opposite Elisabeth Moss, on HULU's The Handmaid's Tale, also starring Joseph Fiennes and directed by Reed Morano. This will be the second time that O-T has worked with Reed, after first collaborating together on HBO's Looking. Earlier this year in London, O-T lead a National Theatre cast to an Olivier Award for Ma Rainey's Black Bottom and starred as the male lead in the BBC's movie adaptation of Zadie Smith's novel, NW. O-T was cast as the lead in American crime writer Harlan Coben's original drama series The Five which first aired in April 2016 on Sky 1, soon after playing the titular role in a BBC flagship show for which he won Best Male Actor for this performance at the MViSA awards. Born in London and raised across London, Spain, and Nigeria, Fagbenle was a world traveler at a young age. As a child, music was his passion and he played the saxophone in bands across Europe, performing at the Edinburgh Festival, Wembley Arena, the Royal Albert Hall, and even touring Spain. When he was 16 years old, Fagbenle landed his first proper role in a Nigerian adaptation of the William Shakespeare play Macbeth. Originally hired to play the saxophone, Fagbenle was also given several lines in the play, and he knew at that moment that acting was his calling. The director was so impressed by Fagbenle's work, by the second revival of the play he had secured the lead role. Fagbenle went on to attend the prestigious Royal Academy of Dramatic Arts, graduating early in 2001 and joining alumni such as Sean Bean, Ralph Fiennes, and Anthony Hopkins. Theatre became his passion, as he appeared in dozens of plays across the UK, working in notable productions including the national tours of shows such as Ragamuffin, Romeo & Juliet [as Mercutio], and the West End debut of Porgy and Bess, the musical. Fagbenle was soon offered his first lead role for the stage, in John