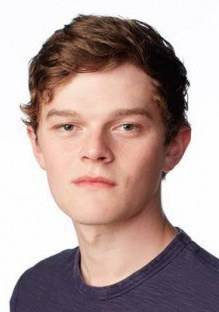 罗伯特·阿拉马约，Robert Aramayo is an English actor, who recently graduated from Juilliard School, New York. As if graduating then booking a gig on Game of Thrones isn't enough, he's also appearing in Tom Ford's next film, titled Nocturnal Animals and starring Jake Gyllenhaal and Amy Adams. He'll show up on HBO again later this year in its Lewis and Clark miniseries, then he's costarring with fellow Game of Thrones actor Michiel Huisman (aka Daario) in Discovery Channel's miniseries Harley and the Davidsons, about the founders of the motorcycle company.