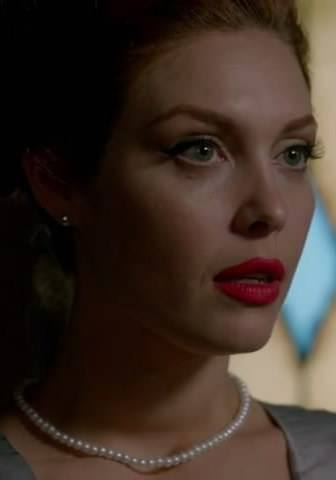 阿莱娜·霍夫曼，Huffman was born in Vancouver, British Columbia, Canada as Alaina Kalanj. At the age of 13, Huffman went to her first audition for a Fox Family Channel pilot. Despite the competition, she was offered the main role. However, a model scout recruited Huffman and she was set to model in high fashion runways in Europe and Japan for the following years. When her parents moved to Dallas she saw the opportunity to live in the United States and enroll in college, leaving modeling behind. While in school, she took on acting roles in a series of independent films. Eventually she moved to Los Angeles where she added more television credits to her resume. Alaina has four children with her husband John Huffman: sons Elijah and Lincoln, and daughters Hanna and Charley-Jane. Charley-Jane was born December 8th, 2009. The latter pregnancy coincided with the first season of Stargate Universe, and was written into the plot. On August 16, 2011, she announced on Twitter that she was having a fourth child to arrive in December, 2011.[1] She later announced on Twitter that she had given birth to a boy named Lincoln, on December 15, 2011.[2]