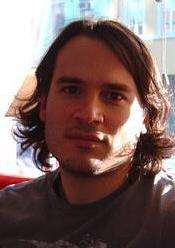 马克·拉索，A graduate of the MFA Film Program at Columbia University, Mark has been the recipient of numerous awards, including the prestigious 2012 Student Academy Award (Oscar®) Gold Medal for his thesis film "Under". Mark has also been awarded the David Jones Memorial Award for Excellence in Directing and The Hollywood Foreign Press Award for Excellence in Filmmaking. In 2013 he was named to the Tracking Boards "Young and Hungry" list. He has made several short films that have played on television or in theaters in over 30 countries around the world. In 2014 he debuted his first feature film "Copenhagen" that went on to win numerous awards on the festival circuit including the Audience Award at Slamdance. He splits his time between Toronto and Los Angeles.