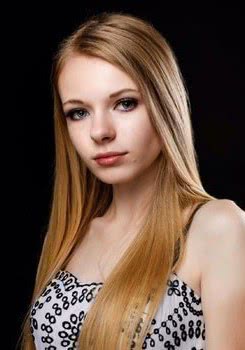 艾迪·米勒，Addy Miller started her career as a child model at the age of four, but didn't get her first big break until the age eight when she won the role of Young Dakota Fanning in "The Secret Life of Bees". After setting foot on that set, she knew this was what she was meant to do with her life. Addy's most recognized work is on AMC's 2010 new original series "The Walking Dead," cast as the "Little Girl Zombie" in the pivotal opening scene that set the tone for the entire show. Fans of the show have raved her scene as "Best Kill", "Shock of the Week", "Zombie of the Week", and declared Addy as an "Instant Horror Legend". Addy's most memorable on-set moments were receiving personal direction from the great Frank Darabont, working closely with award-winning make-up artist Greg Nicotero, talking with producer Gale Anne Hurd, and hanging with actors Andrew Lincoln and Sarah Wayne Callies. Addy is so proud of having opted to do her own stunts and doing them well. Mr. Darabont was delighted with the result! Since filming her part of "The Walking Dead", Addy has been making numerous public appearances on behalf of the show, mainly at horror and comic conventions all over the US. This has quickly become a favorite activity of hers and her family. Addy's love for acting goes beyond the roles in front of the camera. She has begun requesting crew work and delves into the technical work behind the scenes. The crews have been instructional, showing Addy how they do their work. When she is home she reviews movies and studies how the actors react to certain situations. Addy considers herself a darker actress and likes dramas and tough emotional scenes. Horror is something she does for "fun". Addy is a petite girl and is often cast in younger roles.