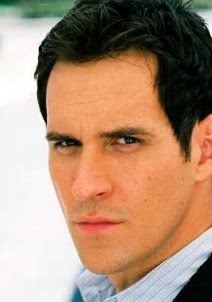 特拉维斯·威林厄姆，Hailing from Texas and an athletic background, Travis Willingham graduated from Texas Christian University's theatre program in 2003. No stranger to the stage or screen, Travis was surprised to develop a new talent in voice-over. A fan of the industry for decades, his booming voice can be recognized in over 150 video game franchises and animation titles. Beginning his career in Dallas, he worked on many popular anime titles developed for American markets. After moving to Los Angeles, he found himself working on such titles as Marvel's Super Hero Squad Show playing The Incredible Hulk and Human Torch. A self-acknowledged comic geek himself, Travis has continued to work with Marvel Animation by maintaining the role of Thor in Marvel's Avengers Assemble, Ultimate Spider-Man, and Hulk and the Agents of S.M.A.S.H. Other credits include Superman in Lego Batman The Movie: DC Super Heroes Unite, Phineas and Ferb, The Legend of Korra, Fish Hooks, Knuckles in Sonic The Hedgehog, and many more. 2013 also ushered in Travis as Disney's newest King, as he plays King Roland II in Disney Jr's new hit show, Sofia The First. Coming from a proud family of gamers, his video game career is also growing. And with demand for motion capture in newer titles quickly on the rise, Travis is thankful for his sports and stunts background. After performing mocap for the multitude of Frost Giants in the theatrical release of Thor in 2011, his VO and mocap work in 2012 included blockbuster VG titles Halo 4, Skylanders Giants, Call of Duty: Black Ops II, Resident Evil 6, Transformers: Fall of Cybertron, and Grand Theft Auto V. 2013-14 offers some exciting new titles for Travis as he appears in the PS4 launch title Knack, Lego Marvel Super Heroes, and the February 2014 release of Infamous: Second Son as Reggie Rowe. - IMDb Mini Biography By: Charles Wallace Ent.