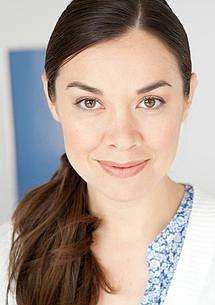 塔拉·普拉特，Tara Platt is an actress, author and producer. She is known for her voice work:​ as Wonder Woman in ​DC's VS MK, as ​Dream Girl in Legion of Superheroes, as Temari in Naruto, as Jennifer Nocturne in Ben 10, as Eastern European Player in Saints Row:The Third. She's traveled the globe as a speaker and has also performed internationally in film, TV, animation and theatre. Some of her on-screen credits include: Revenge, Parenthood, Castle, The Gilmore Girls, Days of Our Lives, The Young & The Restless; FILM: A Girl, A Guy, A Space Helmet, Time & Tide, Scarecrow III, Im Through With White Girls. She also co-produced and starred in the award-winning feature film Tumbling After and web-comedy Shelf Life with Yuri Lowenthal. Tara also co-authored the award-winning Voice-Over Voice Actor: What Its Like Behind the Mic. In addition to her work in the entertainment industry, Platt is a certified feng shui consultant and a hypnotherapist.