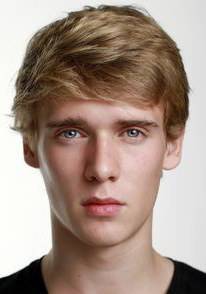 哈里·贾维斯，Overview (1) Height 5' 9½" (1.77 m) Mini Bio (1) Harry Jarvis was born in London and attended Tiffin Grammar School in Kingston Upon Thames. Harry was first spotted by a local agent whilst performing in a school production and was subsequently offered the role of Young Stuart Nicklin in the Sky drama three part series 'Thorne Scaredy Cat' alongside Aidan Gillan, Eddie Marsan, and David Morrissey. He has since been cast in a number of feature films including 'Spaceship" directed by 'screen international's UK, Star of Tomorrow Alex Taylor,' the lead role "Tim' in the family feature film '2Hrs' and was cast in a 6 part historical TV series as 'Lord Darnley.' He recently played 'Lysander' in a modern adaptation of 'A Mid Summer Night's Dream' alongside Robert Lindsay. Harry has recently played the lead role of Charlie in 'High Strung - Free Dance' shot in New York to be released summer 2018. Harry's love of acting originated from his school plays and he has subsequently gone on to perform in a number of professional stage productions, one of which he was nominated for best young actor.