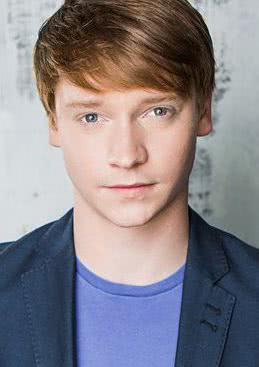 卡勒姆·沃西，Overview (2) Born January 28, 1991 in Victoria, British Columbia, Canada Height 6' (1.83 m) Mini Bio (1) Calum Worthy was born in in Victoria, British Columbia, Canada and has dual citizenship - Canadian and British. He has more than 70 acting credits, 2 producer credits, 4 writing credits, and has worked in Canada, USA, UK, Australia and Singapore. When he was four years old, after watching Macaulay Culkin in Home Alone (1990) over and over, and memorizing most of "Kevin's lines, Calum declared that he was going to become an actor. He soon began performing in theatrical productions and musicals, and also began taking piano, voice and dance classes. He spent 4 years in a competitive all-boys tap class at the Janice Tooby-MacDonald studio and 13 years studying piano at the PJ Music studio. He won the Canadian National Young Composer's award for piano when he was just 11 years old. Calum's film and television career started soon after he was accepted into the Tarlington Professional Children's program in Vancouver, B.C. He made his screen debut when he was 9 as a guest star in Fox's Night Visions (2001) (directed by Bill Pullman). At the age of 10 he booked his first leading role, starring in the BBC 6 episode mini-series I Was a Rat (2001) with Brenda Fricker and Tom Conti. Calum had a busy career as a child actor - working on film and television projects in Canada, the USA, the UK, Singapore and Australia. He was recognized as "Best Leading Actor" with 2 Young Actor Awards in the USA for I Was A Rat (2001) and Stormword (2009), and with a Leo Award in Canada for Stormworld (2009). Calum moved to Los Angeles in 2010 and immediately booked a lead in a pilot co-starring with Ed Asner. He followed with guest staring roles with Disney on Life With Charlie (2011) and Zeke and Luther (2011). His leading role of "Dez" on 87 episodes of Austin and Ally (2011-2015) solidified his connection with Disney. He subsequently wrote an episode of Austin and Ally in Season 3 - Zalie