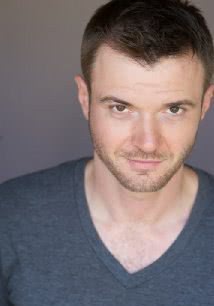 科斯塔·罗宁，Costa was born and grew up on the West Coast of Russia where he landed his first role at the age of five. In 1996 his family migrated to New Zealand, and then in 2001 to Australia, where he continued training and performing in plays and films. His film credits include Red Dog, The Last Resort, Fatal Contact: Bird Flue in America, Freestyle as well as TV Series Australian Film Institute awards winning The Circuit, False Witness a.k.a. The Diplomat,) and East-West 101. His most recent theatre work includes a one-man show The Wall, Traitors, The Visit and NOIR. It is his work on The Wall and Traitors that put him on the map of the Australian stage. In 2011 after Costa moved once again… this time to Los Angeles where he continued his training amongst the industry’s best. First came The Midnighters due for release in 2014 and then the stars once again aligned when Costa joined the cast of the FX show The Americans, CBS’s new show Extant. In 2014 Costa joined Marvel’s Cinematic Universe in Agent Carter as one of Marvel’s iconic characters, Anton Vanko