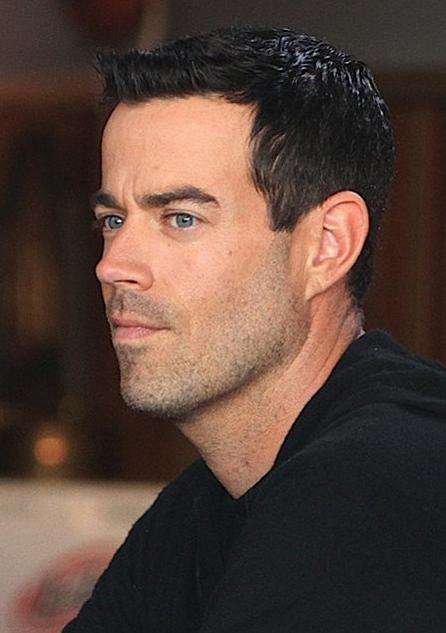 卡森·戴利，Carson Jones Daly (born June 22, 1973)[1] is an American television host, radio personality, producer, and television personality. Prior to 2003, Daly was a VJ on MTV's Total Request Live,[2] and a DJ for the Southern California-based radio station 106.7 KROQ-FM. In 2002, Daly joined NBC, where he began hosting and producing the late night talk show Last Call with Carson Daly, and occasionally hosting special event programming for NBC, such as the Macy's Fourth of July fireworks show, and executive producing New Year's Eve with Carson Daly from Times Square beginning in 2003. Daly has since been involved in more prominent roles at NBC, such as becoming host for its reality music competition The Voice in 2011, and joining NBC's morning show Today as a social media correspondent in 2013, with his role increasing in subsequent years becoming a co-host. Daly has also worked as a radio DJ. He was formerly a nighttime host on the Los Angeles radio station KROQ-FM and beginning in 2010, began hosting Mornings with Carson Daly on its sister station KAMP-FM.[3] Daly also hosts a weekly top 30 countdown show The Daly Download with Carson Daly which is produced by Entercom (formerly CBS Radio and is the parent of KAMP-FM) and syndicated though Westwood One.[4] The program airs on Saturday and Sunday mornings in a 3-4 hour edition on CHR/AC radio stations.