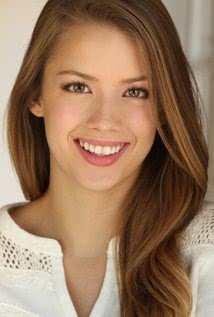 摩根·林霍尔姆，Morgan Lindholm was born in Scottsdale, Arizona and raised in Southlake, Texas. Morgan started to act in her junior year of high school. She participated in numerous competitions where Morgan won multiple awards for acting and singing. After graduating high school Morgan moved to Los Angeles, California; where she is based. Morgan started to work consistently in commercials, til she worked on FOX's longest-running series Bones (2005). This lead the way to a recurring role on Freeform's The Fosters (2013) across from Noah Centineo. Followed by Universal & Blumhouse's Truth or Dare (2018) starring Lucy Hale and Tyler Posey; Morgan was largely featured in every trailer leading to its very successful release. Intermediately working on Independent films shooting in Chicago, Alabama, and Los Angeles. As well as a recurring guest star role on AMC's new thriller series NOS4A2 (2019) across from acting veteran Zachary Quinto.