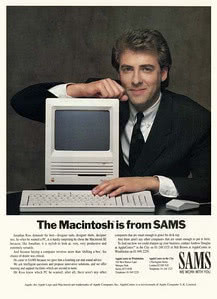 乔纳森·罗斯，Jonathan Stephen Ross is an English television and radio presenter; best known for presenting the BBC One chat show Friday Night with Jonathan Ross during the 2000s. Ross also hosted his own radio show on BBC Radio 2, and acted as a film critic and presenter of the Film programme. After leaving the BBC, Ross then began hosting a new chat show on ITV, The Jonathan Ross Show. Other regular roles have included being a regular panellist on the comedy sports quiz They Think It's All Over and being a regular presenter of the British Comedy Awards. Ross began his television career as a programme researcher, before débuting as a television presenter for The Last Resort with Jonathan Ross on Channel 4 in 1987. Over the next decade he had several radio and television roles, many through his own production company, Channel X. In 1995 he sold his stake in Channel X, and embarked on a career with the BBC. In 1999, Ross took over presenting the Film programme from Barry Norman, and also began presenting his own radio show, while two years later he began hosting Friday Night with Jonathan Ross. For the chat show, Ross won three BAFTA awards for Best Entertainment Performance, in 2004, 2006 and 2007. By 2006 Ross was believed to be the BBC's highest paid star. In 2005, Ross was made an Officer of the Order of the British Empire (OBE) for services to broadcasting.[1] Ross has been involved in controversies throughout his broadcasting career.[2][3] As a result, in 2008 he wrote a semi-autobiographical work titled Why Do I Say These Things?, detailing some of his life experiences.