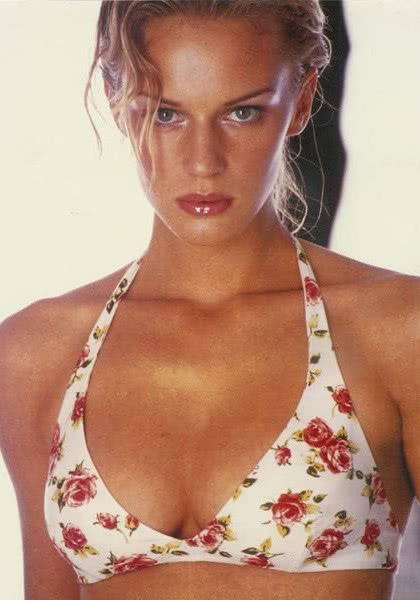 安朵妮娅·丽斯科娃，Born in Slovakia, at 18 she moved to Italy. First worked as a waitress in Rome, and later as a model in advertising, then a career as an actress, alternating between cinema and television. On the big screen has appeared, among other things, in the film and the Promise of Love (2004), directed by Ugo Fabrizio Giordani. Among her numerous television credits, include: the sit-com 1 Italy, Via Zanardi 33 (2001), directed by Antonello De Leo, the TV series Spell 6 (2003), in which he stars alongside Lorenzo Ciompi, the film TV On the night of Pasquino (2003), directed by Luigi Magni, with Nino Manfredi, The Tunnel of Freedom (2004), TV miniseries directed by Enzo Monteleone and broadcast by Channel 5, and the miniseries Rai Uno, The Heart in the well ( 2005), directed by Alberto Negrin, torn Children (2006) and Hunting Secret (2007), the latter directed by Massimo Spano. In 2008 she received a nomination for the David di Donatello for best actress for Shelter - Anis between us. Between 2008 and 2009 he starred in other television dramas, including: the Zodiac miniseries, directed by Eros Puglielli, and Good and Evil, directed by Giorgio Serafini. In 2010 she teamed with Emilio Solfrizzi protagonist of the second season of Something About Love, playing in that first season was Stefania Rocca. From February 14, 2011 Antonia Liskova is engaged on the set of Fool for love 3, in Rome (Cinecitta). The first episode aired November 6, 2011 Always in prime time on Rai Uno. Subsequently, in a body cast of artists for sale by Liliana Cavani. In the same year will be part of the film Mary of Nazareth, directed by James Campiotti. Principal photography began September 27, 2011 in Tunisia. Zodiac starts from 11 April 2012 - The lost book, where Antonia will be only the first episode. In April 2012 she made his debut in theater with The Game of Love and Chance by Pierre Carlet de Chamblain de Marivaux, the Teatro della Pergola in Florence. In an interview with Gherardo Vitali Rosati fo