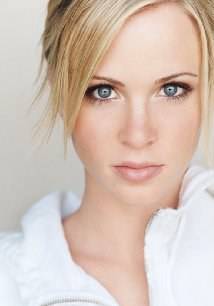 艾米·古麦尼克，Gumenick was born in Hudiksvall, Sweden, the daughter of a Russian father and Polish mother.[1] She graduated from the University of California, Santa Barbara in 2008, earning a BFA in theatre with an emphasis in acting. Gumenick's first role was in a short film entitled Sayonara Elviko, before she moved on to Army Wives. She then starred in a series of webisodes for the television show My Own Worst Enemy,[3] before being cast as the young Mary Campbell, who became Mary Winchester, on Supernatural.[4] She then had roles on How I Met Your Mother, Grey's Anatomy, Ghost Whisperer and Bones before being cast as Natalee Holloway in the Lifetime movie Natalee Holloway.[5] She subsequently appeared in episodes of Castle, No Ordinary Family, The Glades, The Closer, Grimm, CSI: Miami, CSI: NY and Rules of Engagement. In 2014, she began playing the recurring character Philomena on the AMC series Turn: Washington's Spies. In August 2014, it was announced that she had been cast as Carrie Cutter / Cupid on The CW series Arrow.