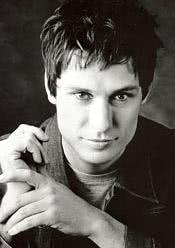 杰夫·布莱恩·戴维斯，Jeff Davis, a multi-talented actor/singer, born in Los Angeles and raised in Whittier, California, started his acting career at the age of 4 at the Groundlings Theater in Hollywood, playing Linus in You're A Good Man, Charlie Brown. Davis started in commercials when he was 4 years old, and at age 11 was cast as Louis in the Broadway production of The King and I with Yul Brynner. A national tour followed and, after 750 performances, Davis returned home to attend school. via