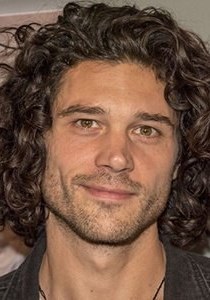 特论特·加内特，About Making a name for himself in the role of Asher Pike on All My Children, he is an actor and model who later appeared in Andi Mack and had a three-episode stint on the sixth season of New Girl. Before Fame He was the kicker for the football team at Grafton High School. He elected to pursue acting after spending one semester at Liberty University. Trivia He founded his own production company called Trent Garrett Productions. He has modeled for brands such as Guess, Abercrombie and Fitch, Aeropostle, Lucky and Alternative Apparel, and been featured in Cosmo L'uomo Vogue, GQ and other publications. Family Life He has an older brother, and younger brother and sister. His parents are Greg and Libby Garrett. He has been in a relationship with actress Cassie Steele. Associated With He was the first model hired by Hannah Simone's Cece on New Girl for her modeling agency called Cece's Boys.