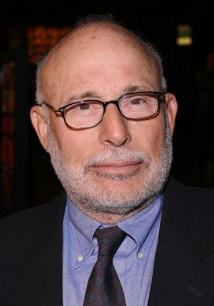 马克·乔纳森·哈里斯，After graduating from Harvard College, Mark Jonathan Harris started his professional career as a reporter for the famed City News Bureau of Chicago, covering crime from five in the afternoon to two in the morning. Within a year he moved on to reporting national news for the Associated Press and then to television, where he started making documentary films for the King Broadcasting Co. stations in Portland, Oregon, and Seattle, Washington. Harris’s award-winning early films document some of the most important and contentious political issues of the 60s. Huelga! is a portrait of Cesar Chavez’s United Farmworkers Union and the first year of the union’s historic Delano grape strike. The Redwoods presents the Sierra Club’s successful case for establishing a Redwoods National Park. The Foreigners explores the work of a group of Peace Corps volunteers confronting the contradictions of U.S. foreign policy as they try to bring about social change in Colombia. In 1973 Harris and his family moved to Los Angeles where he returned to print journalism at the same time that he continued making films. For several years a contributing editor to New West magazine, he also wrote articles, essays, and reviews in a number of national newspapers and magazines including TV Guide, American Heritage, the New York Times, the Los Angeles Times and the Washington Post. During this period he also began writing fiction. His short stories have appeared in literary journals, and he has published five novels for children, which have won multiple awards. In the following years Harris alternated fiction, journalism, and filmmaking. Many of his later films deal with historical subjects. The Homefront examines the social and economic impact of World War II on this country. Unchained Memories: Readings from the Slave Narratives looks at slavery in America. His two Oscar-winning feature documentaries explore the Holocaust. The Long Way Home documents what happened to the survivors of the concentration ca