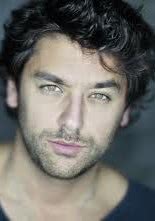 马克·加尼梅，Raised in Montreal, this half Lebanese, trilingual actor's first foray into the world of acting was a stint on a Juliette Lewis movie in 2003. Since getting his start, Mark has absorbed techniques from Meisner & Hagen and developed a love for the craft and building a wide variety of characters. As his resume grew quite quickly, his desire to be challenged grew as well and in the summer of 2010 he starred in a passion project; a politically and emotionally intense short film titled In The Basement, which was submitted to Cannes that year. Playing to his ethnically ambiguous strengths has afforded him the ability to play a myriad of archetypes - from good to bad and those piercing green eyes command attention when he's on the screen, big or small. After having an immense 2012 Mark delved into the production side of things and has produced the hypernatural series Soldiers of the Apocalypse (S.O.T.A.) and his first feature film: A coming of age story that's under wraps scheduled to shoot in the spring/summer of 2013.