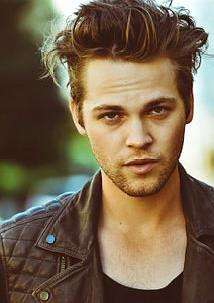 亚历山大·卡尔弗特，Alexander Calvert (b. July 15, 1990) is a Canadian actor. He portrays Jack, the Nephilim, on Supernatural. He was introduced on the series as a guest star during All Along the Watchtower, the Season 12 season finale, but on August 10, 2017, it was reported that he will come back as a series regular for the thirteenth season.[1] Advertisement Scroll to continue with content Background He has appeared in several films and television series, including the Nickelodeon series The Troop, To Be Fat like Me, and The Dead Zone. He was young Justin in Kickin' It Old Skool and he got the lead role in Getting Back Jack. He also starred in The Edge of Seventeen and Scream: The TV Series. Calvert has also been in a few commercials for Best Buy, Kohl's, Road Runner, General Mills and Mattel. On July 17, 2015, he was cast in a recurring role as Lonnie Machin for season 4 of The CW's Arrow.