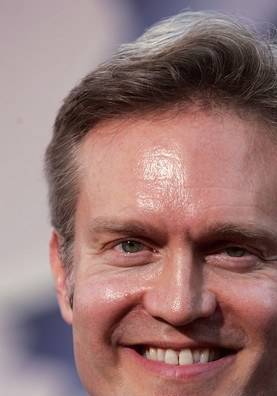 马克·汀戴尔，Dindal learned animation at CalArts. He began working at Disney in 1980. He worked on The Fox and the Hound, The Black Cauldron, Mickey's Christmas Carol, and The Great Mouse Detective, following a very similar animation style in all movies. This style consisted of similar backgrounds with delicated animation and complex character effects, and was well-received. After these projects, Dindal left Disney briefly to work on outside projects. He returned to the studio in 1987 and got his first head role as an animator for Disney's The Little Mermaid. He later worked as head animator for the movie The Rescuers Down Under. He directed the animated effects for the live-action 1991 film The Rocketeer, and got a job in the 1992 animated film Aladdin. Dindal's directorial debut was Cats Don't Dance, which was released in 1997, three years before The Emperor's New Groove was released in 2000. In Cats Don't Dance Dindal voiced a minor character. Although the film wasn't publicly successful, it won the Annie Award for Best Animated Film and Dindal was nominated for directing. The Emperor's New Groove was initially expected to be a classic Disney musical feature called Kingdom of the Sun. However, that idea didn't work out, and Dindal, along with Chris Williams and David Reynolds, drastically changed the script to a comedy. During the six-year production, he started to work on Cats Don't Dance , a Turner Broadcasting (since merged into Warner Bros.) animated musical production. Dindal worked on Chicken Little, another Disney production, which needed a huge animation team. The movie was a success, and received good reviews. Dindal had two small voice roles in the film. The movie was nominated to several Annies, but Dindal was not nominated as a director. During the movie's production, Disney produced Kronk's New Groove as a direct-to-video feature. Dindal was working on Chicken Little, so he didn't get a position on the staff. Later, Dindal created The Emperor's New School.