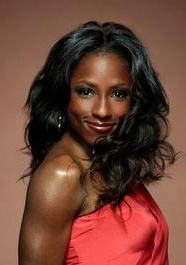 布鲁克·科尔，Kerr has played the character of Whitney Russell Harris since the shows debut in 1999 and is considered one of its veteran stars. She exited the role of Whitney on 6 September 2007, the second to last day the show aired on NBC.[citation needed] In 2008, she starred as Tara Thornton in the unaired first pilot of the HBO TV series True Blood, and was subsequently replaced by Rutina Wesley for that role. She is a native of Indianapolis, Indiana. She had her son when she was 16 years old with long-time boyfriend Christopher Warren.[1] Kerr moved to Los Angeles after graduating high school to pursue a career in acting. She has lived there ever since. Her son, Chris Warren, Jr. is also an actor, having appeared as Zeke in High School Musical, High School Musical 2, and High School Musical 3. Kerr and Warren have been together since their teens. She is also featured in Kenny Chesney's video for his new single "Everybody Wants to Go to Heaven". She was also in 3T's music video "Why" feat. Michael Jackson in 1995. Kerr's mother currently serves as a receptionist for Indiana Governor Mitch Daniels