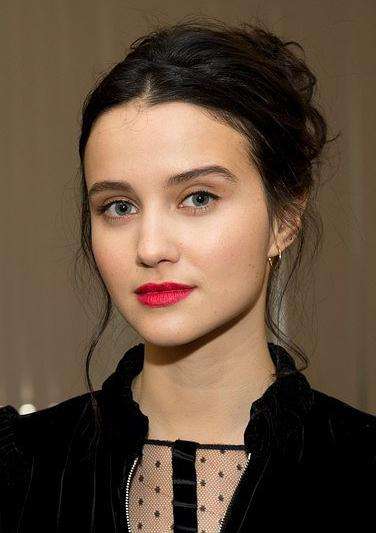 茱莉亚·古丹妮·泰勒斯，Julia Goldani Telles (born 1994/1995, Rio de Janeiro), is a Brazilian actress and ballet dancer. She is best known for her role as Sasha Torres in the ABC Family series, Bunheads. Telles was born in Rio de Janeiro where she lived with her Brazilian mother and Mexican-American father until she was five years old. It was also there that she was introduced to the world of ballet. When the family relocated to New York City, at age 6, Telles could only speak Portuguese and learned English after the family's move. Telles attends Professional Children's School in Manhattan She began dancing in Brazil at the age of 5 before training professionally at the School of American Ballet and Ballet Academy East. She appeared in numerous ballet performances including Sleeping Beauty, Nutcracker, Don Quixote and Swan Lake. A groin injury at the age of 15 had an important role in her fast success. She was forced to stop practicing ballet for a year, and to avoid depression, she decided to take a drama course. Her agent felt Bunheads should have been one of her first auditions as he felt she would be comfortable with the dancing aspect of the show.