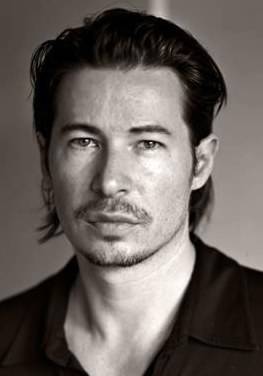 爱德华多·巴莱里尼，Edoardo Ballerini is an actor, writer, director and film producer. He is best known for his work on screen as junkie Corky Caporale in The Sopranos (2006–2007), a hotheaded chef in the indie hit Dinner Rush (2001), and an NFL businessman in the blockbuster Romeo Must Die (2000). He has appeared in numerous films and television series, from I Shot Andy Warhol (1996) to the upcoming Omphalos (2013). His directorial debut, Good Night Valentino, premiered at the 2003 Sundance Film Festival.[1] Ballerini starred in the film as silent film idol Rudolph Valentino. Edoardo Ballerini was born to an Italian father, the poet Luigi Ballerini, and an American mother. He grew up between New York City and Milan, Italy. He is a dual citizen, and bilingual. His early schooling took place in New York, at P.S. 41 and later Friends Seminary, before he left home at age 14 for boarding school. From there, he attended Wesleyan University. The summer following his graduation with Honors, Ballerini was given a scholarship to study Latin in Rome. In Italy, he discovered a group of ex-pat actors who were forming a theater company. He joined the troupe. The following fall he attended regular acting classes in New York at HB Studios and The Lee Strasberg Theater Institute. He later became an observer at The Actor's Studio. After living for several years in New York, Ballerini moved to Los Angeles in 2000 before eventually returning to New York, where he continues his career.