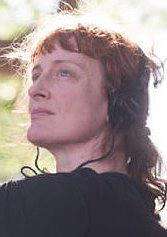 詹妮弗·肯特，Jennifer Kent is an Australian actress, writer and director, best known for her directorial debut, the horror film The Babadook (2014). Her second film, The Nightingale (2018), premiered at the 75th Venice International Film Festival. Directing Edit After losing interest in acting, Kent was inspired after seeing Dancer in the Dark to pursue a career as a filmmaker. She wrote to director Lars von Trier, asking to study under him and explaining that she found the idea of film school repellent.[5] In 2002 von Trier allowed her to assist him as part of a directing attachment on the set of his film Dogville starring Nicole Kidman.[6] In 2006 Kent directed an episode of Two Twisted, an Australian series following in the tradition of The Twilight Zone.[4] In 2005 Kent directed her short film Monster, which was screened at over 50 festivals around the world.[4] In 2014 she adapted her short into a feature-length film The Babadook starring Essie Davis whom Kent had known through drama school.[7] The film tells the story of a single mother played by Davis who must confront a sinister presence in her home while dealing with the death of her husband. The Babadook premiered at the 2014 Sundance Film Festival in the prestigious Midnight section.[8] The film was quickly picked up for distribution in the U.S. by IFC Films. Kent did five drafts of the feature script, received most of her funding from the Australian government, then conducted a Kickstarter campaign to help raise US$30,000 to pay for set construction.[2][9] The Babadook received widespread critical acclaim, with The Exorcist director William Friedkin tweeting that he’d never seen a more terrifying film, and doubled its budget with $4.9 million in worldwide box office.[10][11] Kent has been vocal in the press about the lack of female directors in horror cinema.[12] "It will shift, as the world shifts. Women do love watching scary films. It’s been proven, and they’ve done all the tests. The demographics are half men