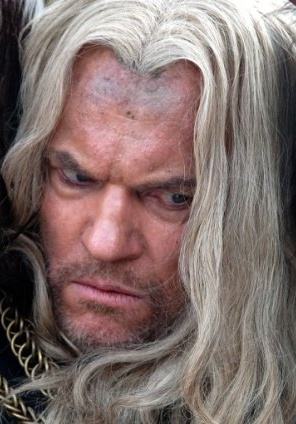 弗拉基米尔库利奇，Vladimir Kulich (born 14 July 1956) is a Czech-Canadian actor. He is best known for his roles as Buliwyf in the film The 13th Warrior and as The Beast in the television series Angel. In 1995 he appeared as Olafsson in the X-Files episode "Død Kalm." Vladimir is an ice hockey fan and physically large at 6'5" in size. While living in Montreal, Canada as a young adult, he was a professional hockey player. He has often volunteered in celebrity charity games including skating with the Los Angeles Kings Alumni Association.