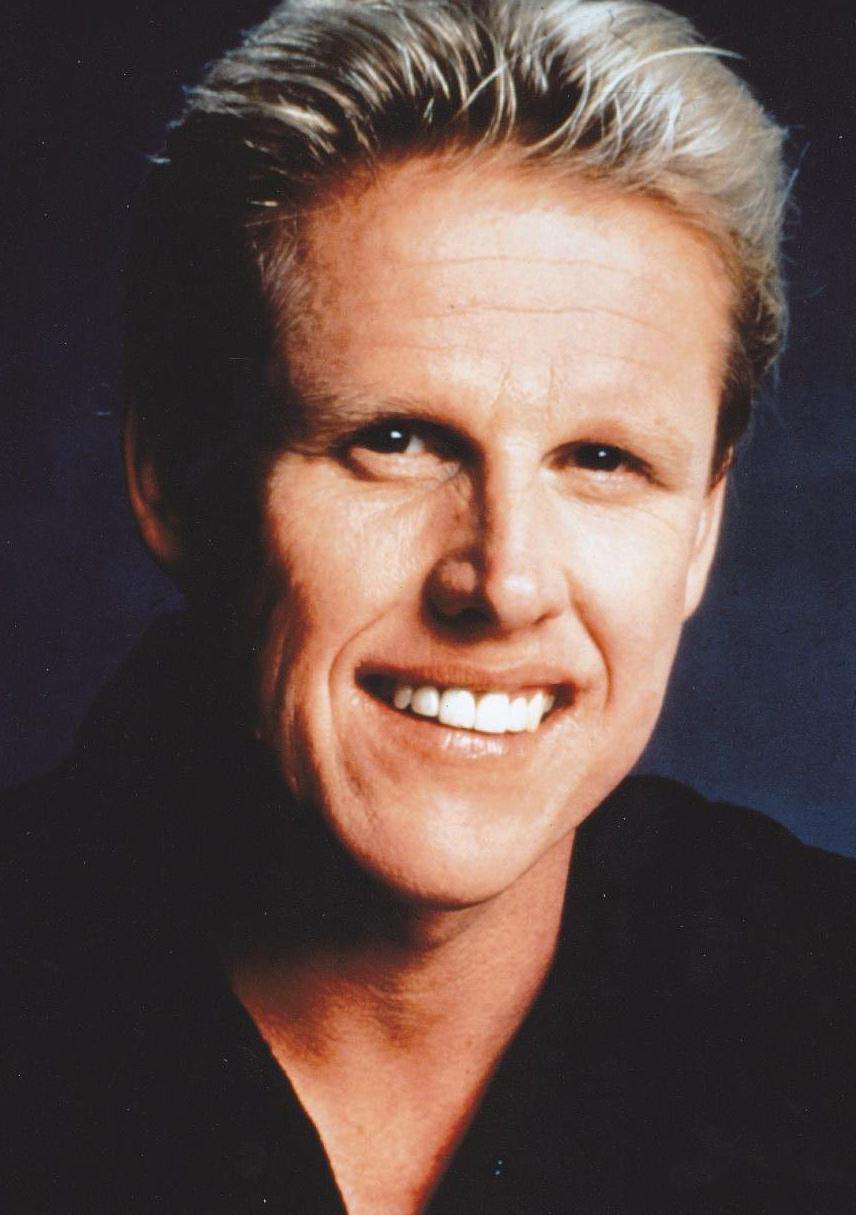 加里·布塞，A blond-haired, fair-complexioned actor with a toothy grin and capable of an unsettling glint in his eyes, Gary Busey was born in Goose Creek, Texas, and was raised in Oklahoma. He is the son of Sadie Virginia (Arnett), a homemaker, and Delmar Lloyd Busey, a construction design manager. He has English, as well as Irish, Scottish, and German, ancestry. He graduated from Nathan Hale High School in Tulsa, Oklahoma in 1962 and for a while was a professional musician. A talented drummer, he played in several bands, including those of country-and-western legends Leon Russell, Kris Kristofferson and Willie Nelson. Busey's first film appearance was as a biker in the low-budget Angels Hard as They Come (1971) and, over the next few years, he landed several film roles generally as a country hick/redneck or surly, rebellious types. His real breakthrough came in the dynamic film The Buddy Holly Story (1978), with Busey taking the lead role as Buddy Holly, in addition to playing guitar and singing all the vocals! His stellar performance scored him a Best Actor nomination and the attention of Hollywood taking overcasting agents. Next up, he joined fellow young actors William Katt and Jan-Michael Vincent as surfing buddies growing up together in the cult surf film Big Wednesday (1978), directed by John Milius. However, a string of appearances in somewhat mediocre films took him out of the spotlight for several years, until he played the brutal assassin Mr. Joshua trying to kill Los Angeles cops Mel Gibson and Danny Glover in the runaway mega-hit Lethal Weapon (1987). Further strong roles followed, including alongside Danny Glover once again in Predator 2 (1990). He was back on the beaches, this time tracking bank robbers with FBI agent Keanu Reeves, in Point Break (1991) and nearly stole the show as a psychotic Navy officer in league with terrorists led by Tommy Lee Jones taking over the USS Missouri in the highly popular Under Siege (1992).